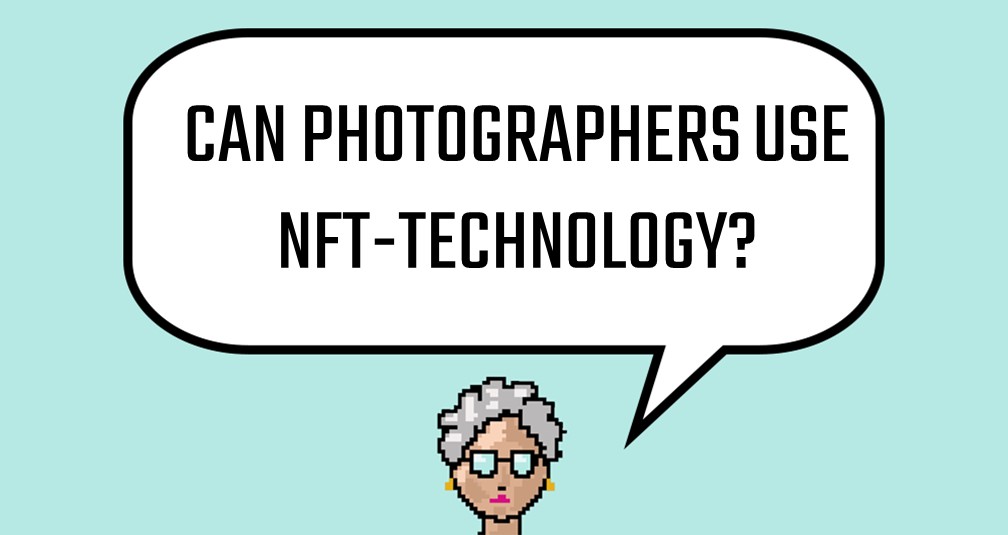 Distorted landscapes, heavily manipulated realities, visual nightmares of a multi-dimensional nature and psychedelic episodes induced by cocktails of digital alterations. NFT photography means different things to different people, but it remains something blockchain enthusiasts and visual creators have paid limited attention to, its inclusion in the crypto-sphere often seen as predictable and instrumental at best.

While some photographers have been making strides (and money) selling their work in NFT form, this appears limited to benefits of a transactional nature which, while extremely important to creators, fail to take into account the aesthetic implications and possibilities of it.

A limited but loud number of crypto-artists are proving that photography can – and should – be translated to fit into an almost exclusively digital dimension of creation and consumption, where bidimensional, old-fashioned views of visual storytelling are symptomatic of narrow-minded attitudes towards the medium, resulting in an array of missed opportunities for artists and collectors alike.

A new wave of creators are pioneering new artistic genres that elevate photography, turning it into the foundation of more intricate, mixed media and cross-platform works of art which may (or may not) signify the beginning of a new movement.

The contract between artist and consumer has fundamentally changed. More positive attitudes towards digital manipulation mean that the emphasis placed on realism is progressively diminishing, moving from unconditional loyalty to reality to the celebration of contamination, embracing aesthetics that are proudly artificial.

Artists like Elise Swopes, a native to the digital sphere, are extremely savvy in navigating these dimensions, deliberately testing their flexibility and expanding their scope. The US-based photographer describes herself as a visual storyteller: she uses expansive cityscapes as a starting point, taken while piloting drones, climbing skyscrapers or hanging out of helicopters. She then distorts her images, dipping them in urban surrealism, not shying away from contradictions but deliberately bringing them to the surface – exaggerating man-made landscape features while blending them with familiarity of natural elements that appear exotic by contrast.

“I use photography in my work by first taking the photos with my iPhone. And then I mask, I layer, I include different elements and different surrealistic styles,” Elise explains. “I like to play with perspective, I like to play with empty space more than anything, because if I see negative space, I want to fill it with something that’s not supposed to be there.”

The divorce from realism is the most powerful tool an artist can have when making the transition into crypto-art. Elise sold her first NFT in February 2021 – and since then she has made a name for herself, building a recognisable brand which she has earned the respect of collectors and fellow creators: “I don’t think we have to pressure anybody to do anything that they don’t want to do,” she explains. “If you want to establish a utility and have ownership and be able to have access to the data that you provide for others and what others get from you, then NFTs are for you.”

What the most conservative voices of visual arts may have failed to consider is the unexpected ways in which this established art form may find fertile ground to flourish in the crypto-world, in new (or renewed) forms. This is the spirit behind the creative mission of the Ken Griffiths Bureau – a London-based organisation that brings together artists from all over the world to turn iconic analogue photographs into NFTs.

Ruby Griffiths, founder and director of the Bureau and daughter of the late legendary photographer Ken Griffiths, recently obtained ownership of her late father’s archive and set upon a journey to build on his legacy, by collecting his work and revisiting it through the creative lens of contemporary artists who draw inspiration from it.

One of them is Remo Camerota, who joined forces with the Bureau to generate striking NFT revisitations of legendary analogue photographs of ten of the greatest music legends of all time. The original pictures, shot by renowned photographers Ken Griffiths and Bruce Fleming, portray some of the most recognisable faces of the past century. They are given new life in Remo’s NFT artworks and a new place in contemporary pop culture. “We coupled these photographs with my eccentric, colourful pop deconstruction style, adding hand-drawn elements and stop frame animation to create a flow of the celebrities’ mood and personality before I reveal the final iconic photograph,” Remo explains.

This, they argue, can benefit old and new generations of artists alike. When Remo’s NFT revisitation of Fleming’s infamous Beatles shot sold for 2.5 ETH, this reignited Fleming back into his career, showing that NFTs can be instrumental in allowing historical works of art to find a place in the modern world that is more contemporary than nostalgic.

Ruby’s mission in the NFT world culminated recently in the “HRH Princess Margaret – 20 Years 20 Artworks’ exhibition”, in which 22 contemporary artists created 20 incredible artworks – some physical, some in NFT form – inspired by Ken Griffiths’s iconic portrait of Princess Margaret. This included big names, such as Amrit Pal Singh and Remo himself.

End of May 2022, Ruby launched her new vision on Project Gandolfi. She offers analogue physical fine art prints of well-curated photographers, which comes with an NFT. The founders want to enable collectors the first step into the NFT world without having to buy crypto or deal with wallets.

The possibilities of NFT appeal to established and emerging artists alike. An example of the latter is UK-based crypto-artist Matty Furious, whose interest in early 1.0 internet, British urban upbringing and cynicism have fed into his current NFT work.

“I like twisting things to be more different or more exaggerated and see where the conversation leads. I enjoy doing this with my art as well, from everything that’s digital, like JPEGs to GIF videos, to interactive pieces of software,” Matty explains.

By seeing himself as an outcast in the art world, he claimed the NFT as its own, describing it as a dimension in which he is able to tell stories and produce high quality artwork outside of the traditional systems, and without the need for validation from critics or institutions.

Photography is an essential building block in the composition of his work: “I use photogrammetry in 3-D scanning techniques to incorporate real-world elements into artworks. This gives me the ability to get inspiration from something and bring it directly into the 3-D world and manipulate it in any way I want.”

The examples above tease exciting and unpredictable trajectories for the future of photography and crypto-art, a movement that is still malleable due to its newness, and expandible due to its lack of pre-established standards that often limit the creative scope of creators in the traditional art world. This could go both ways – some people are waiting for it to be exposed as a fad, a scam, while others are pinning all their hopes on it for artistic recognition and monetary glory.

No one knows which way this is going to go, but some may say that’s the beauty of it – a limitless expansion in multiple directions which can lead to surprising, multi-sensorial experiences and new ideas of ownership for a product that has never existed in its current form, and therefore could never be owned.

Written for artynft.io by Valerio Esposito