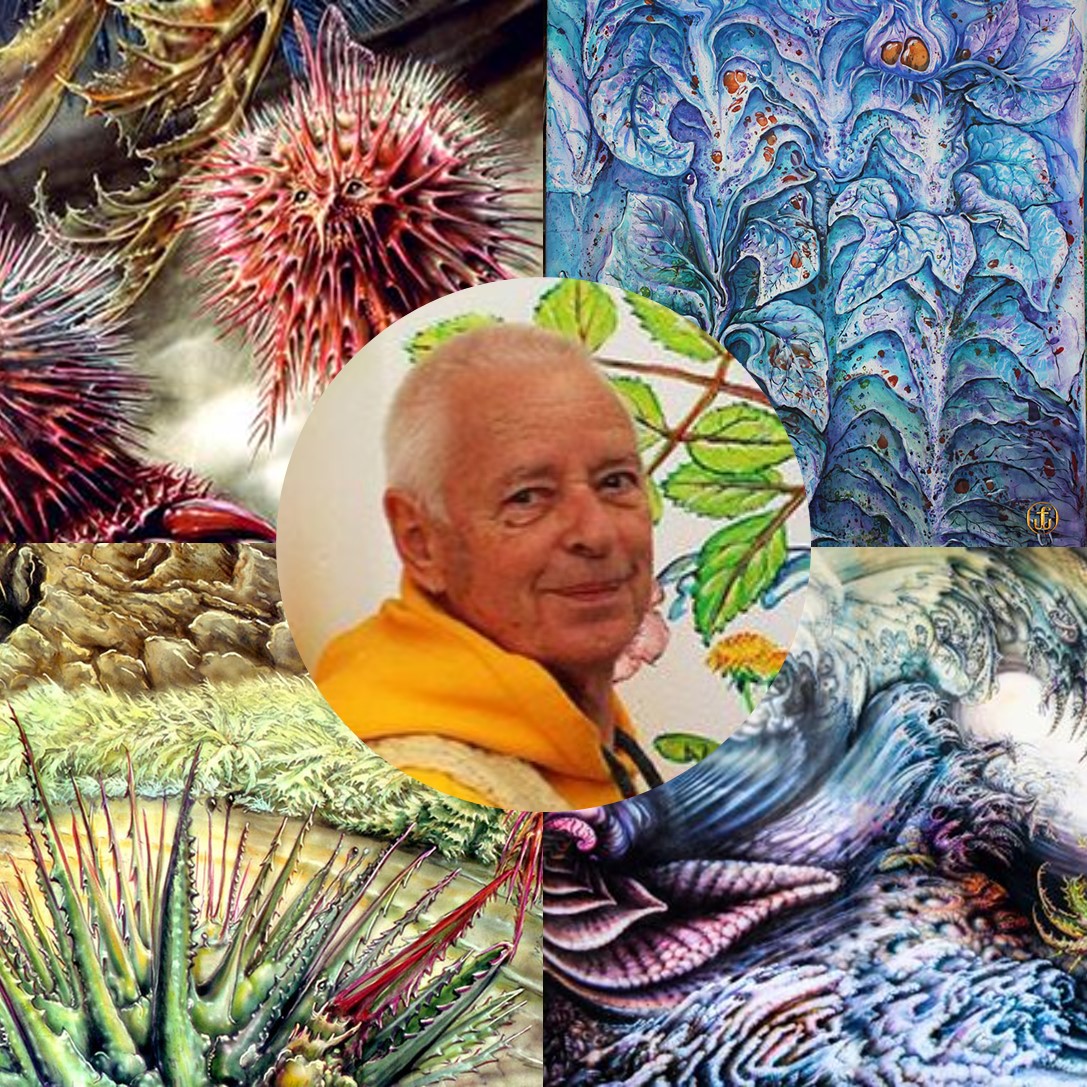 Fred Weidmann is a Swiss artist living in Munich, Germany. He has been active for over 57 years as a traditional artist, entering the NFT Szene at the age of 84 years. His art pieces are influenced by nature and his academic career worldwide.
He created his genesis piece as he lived in Paris between 1980 and 1982. It ended up being over 10 meters by 2.5 meters.

NFT Granny: „Dear Fred – thank you for taking your precious time. On the 21st of January was your 84th birthday. What was your craziest birthday party ever, and why?“

Fred Weidmann: Hi there NFT Granny in Zürich. I grew up in Zürich. I had many crazy moments and parties in my life, but the last one was my 80ies Birthday, which I celebrated with my beloved friends and family. That was a kind of an achievement.
Every day of my life is one of these crazy birthdays.

Fred Weidmann: It started with a special talent, which then became a passion during puberty. At 19, as a student in the U.S., I did my first exhibition and sold out. That left its mark on me. I studied at universities, not at art academies. I did my doctorate as an employee of an institute for communication research. My research topic was misunderstanding, so I was professionally interested in experiments in consciousness and ripe to enter the unknown territory in self-experimentation. From 1968, at the age of 30, I became a painter again, who wanted to affect people primarily non-verbally.

Could you tell us the story behind your art piece „Genesis“?

Fred Weidmann: „Genesis“ was created between 1980 and 1982. We lived in Paris after I had received a scholarship from the Canton of Zurich to the Cité des Arts there.
I was fed up with the cultural establishment and wanted to create something that did not fit into the usual exhibition concepts, a summary of what had been created up to that point.
The creation comes from water forms skin, sexuality, organs, sediment and cosmic reconnection. My little helpers would be today considered as microdoses of acid. It helped to have a multidimensional mirror and paint. It was a special connection.

Fred Weidmann: I did many pieces during my life and always wanted to make the world a better place. But if I need to pick one, it is „Genesis“. It is everything combined into one piece. And thanks to the help of younger people, I will bring this piece to the homepage superrare. That is an inspiring journey.

What are you biggest sources of inspiraton?

It is stunning that you have decided to digitise part of your collection to mint it as NFTs. Could you explain to me – an elderly lady – how this process worked?

Fred Weidmann: Me, elderly man to the elderly lady: It took many years. The digitizability of everything had left us all unprotected in the data jungle. A technology that could guarantee a unique thing despite reproducibility as such had to emerge at some point. Because the implementation requires expertise, I depended on you young pioneers and was not there from the beginning.

The initial idea started about a year ago, and the past six months to digitise the Artwork.

Who explained to you the NFT technology?

Fred Weidmann: I have a great team of friends who helped me with the entire process. But regarding the NFT Technology, I got a very informative session from Reneil1337.

What was the most exciting thing about this process?

Fred Weidmann: The entire steps before were fascinating. The technology, the possibilities. But to answer your question correctly: I am most excited about what is ahead.

What does a typical day for you look like, and what do you like to do when you’re not busy with Art?

Fred Weidmann: I enjoy understanding the world in a scientific sense. The final theory is my big theme. A typical day starts early at seven with coffee but no food until noon, caring for my diary, the mails, paying bills and doing all kinds of digital activities. I have a gifted wife and a son.

Days go fast, dance a bit, plants to care for, friends to talk to. I am amazed and thankful how I had so many years to developpe and participate in culture forming.

What do you feel the moment a project you have created dropped?

Fred Weidmann: During the creation process, I feel very playful. But once it is done, I am glad that it is out. But stay critical for a while.

Fred Weidmann: I have spent time in many places on this planet, but what I need is Switzerland. The mountains, the nature.